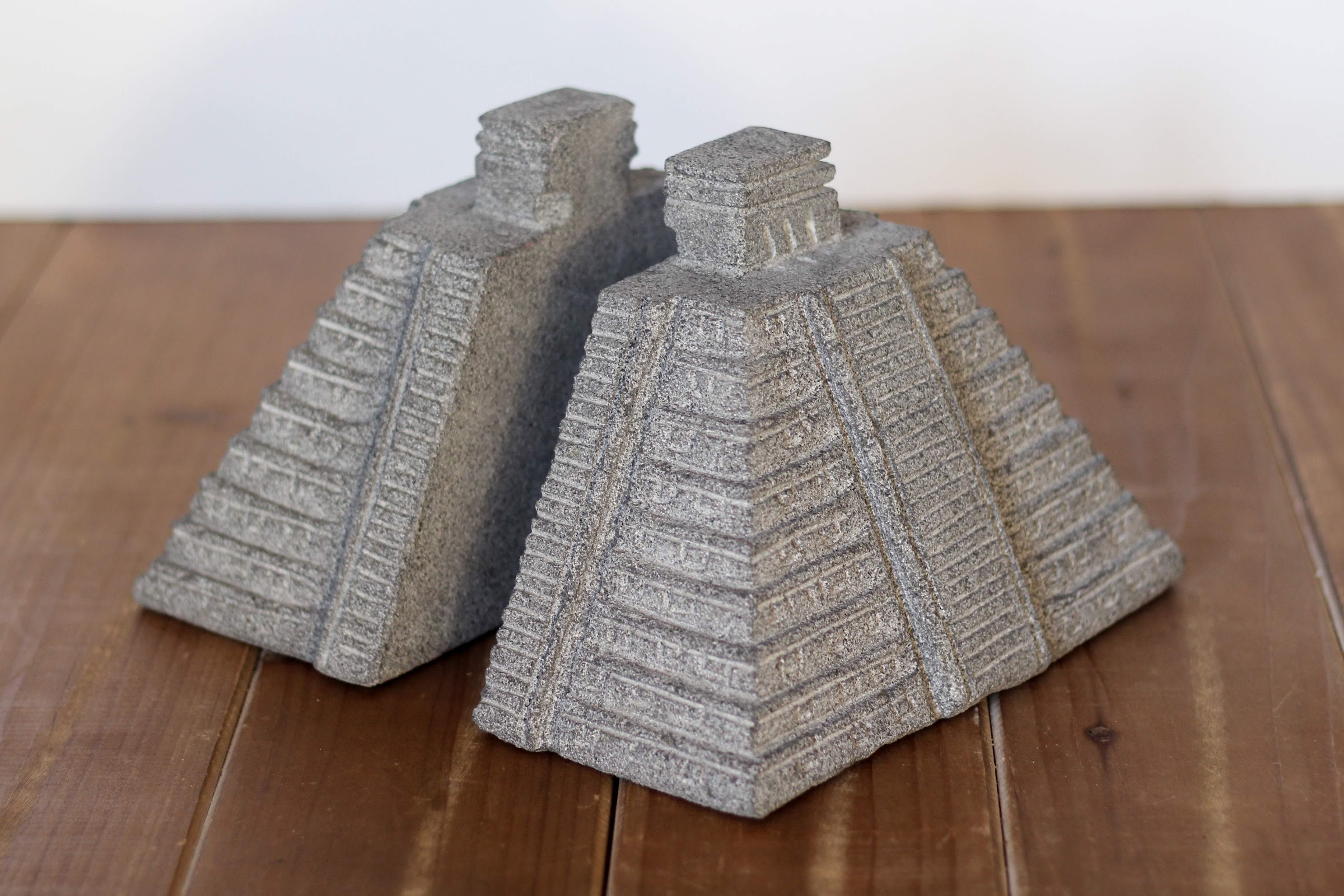 On the Yucatan peninsula, in the heart of the Mayan jungle, lies Chichén Itzá, the once-thriving capital of the Mayan empire. In the center of the site you can find the ball game courts, where death was the prize for losing; and the spectacular Pyramid of Kukulkan (aka El Castillo). A beautiful pyramid with the ancient wisdom of math and astrology built into every step. 365 total steps, 9 levels divided into the 18 months of the Mayan calendar. Perfectly aligned so that every equinox the shadow of Kukulkan (Quetzalcoatl), the feathered serpent god, is seen visiting us mortals on earth.

It’s here that we draw our inspiration for this month’s experience. A functional sculpture that had great meaning, something that was as beautiful in form as it was useful. What better way than to have the impressive Pyramid of Kukulkan as a sculpture and/or book-end for your shelves, desk, or mantel. 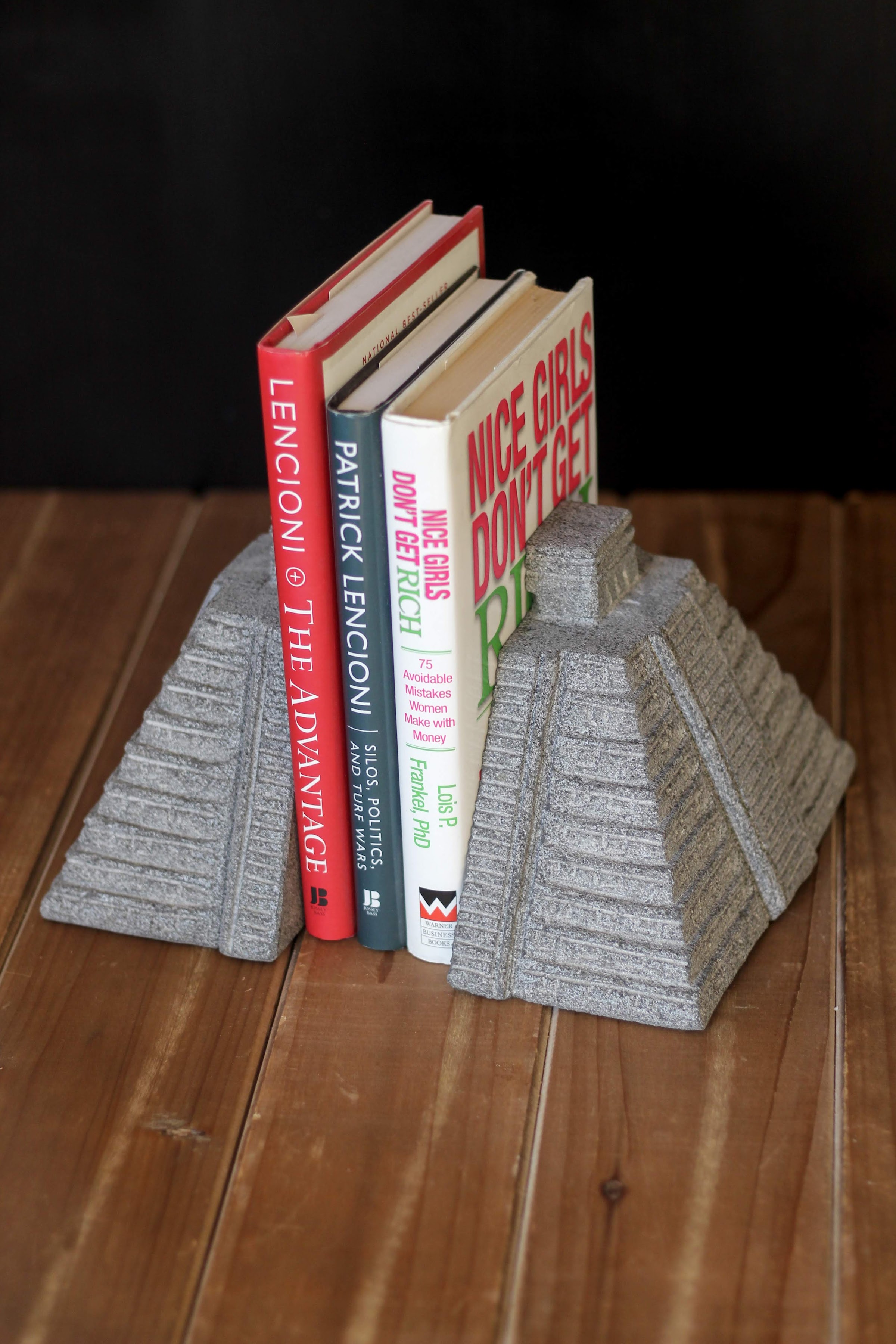 What’s in the box:

Carved by the famed Cantero’s, rock sculptors, from the sierras outside of Puebla, Mexico. This impressive sculpture is carved from one single piece of volcanic rock, taken from the nearby mountains and carved by hand using hammer and chisel and modern machine tools to get all that beautiful detail and precision. It’s then cut in half to form two identical pieces that can be used as bookends or sculptures. 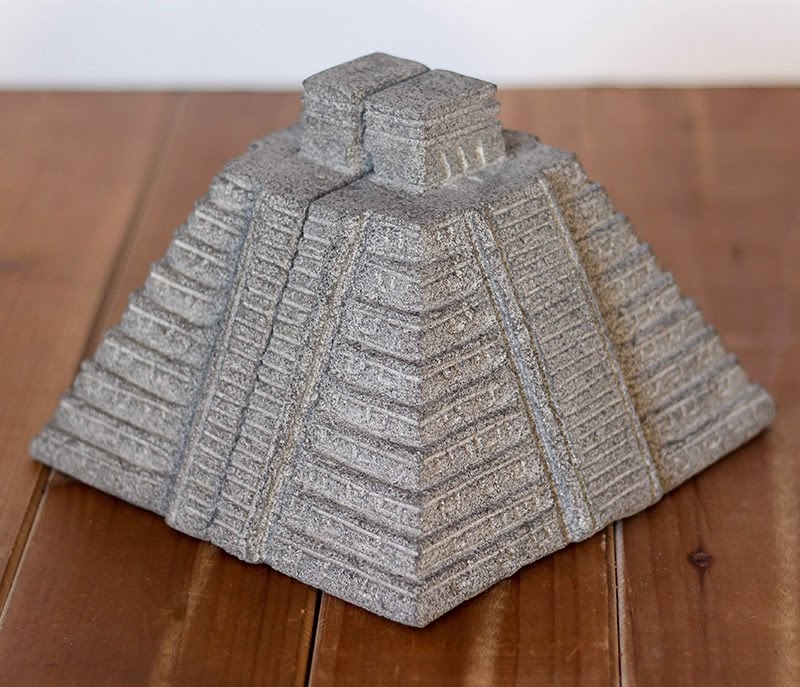 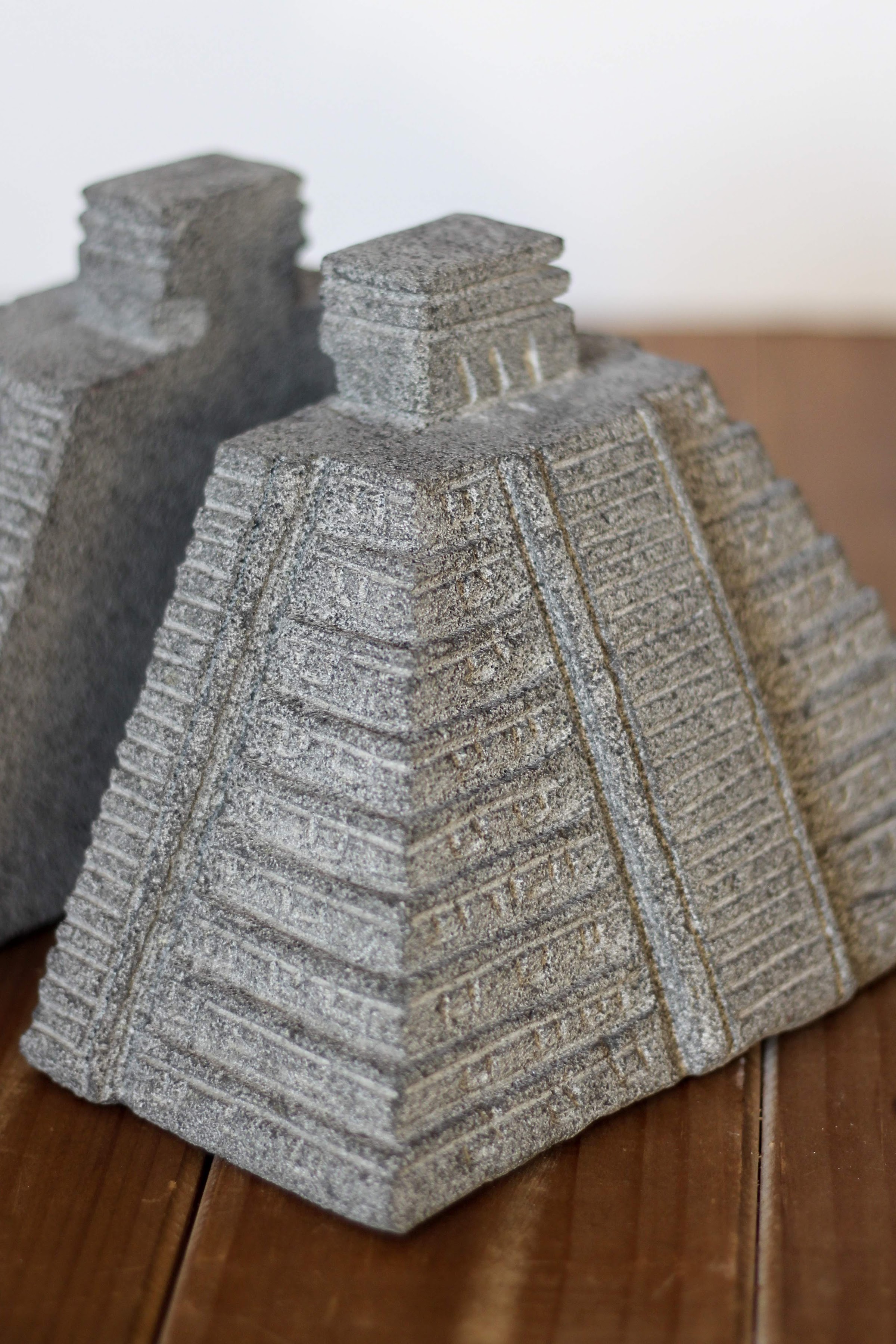 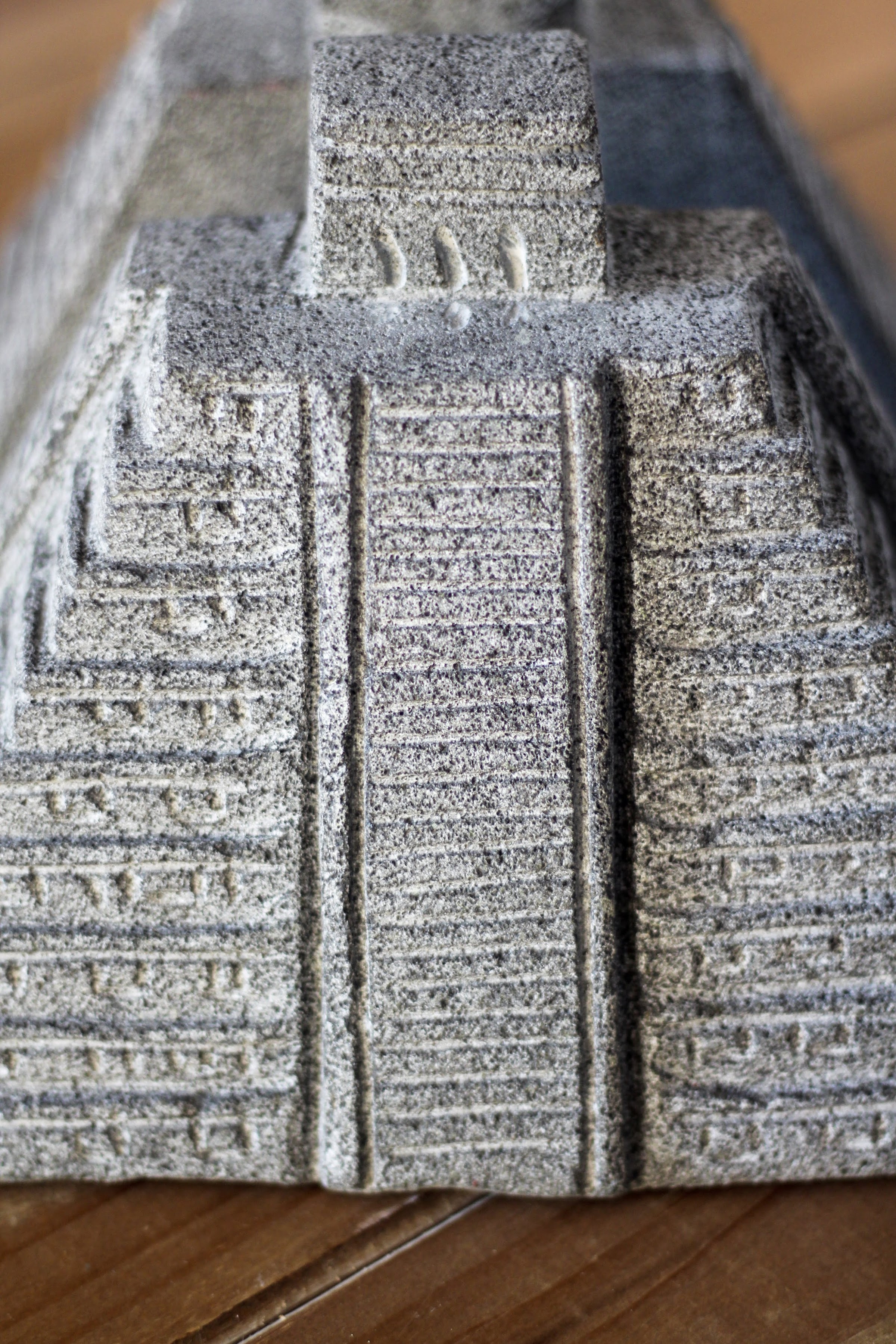 Oscar Rojas and his brother Israel Rojas have been Canteros (rock sculptors) since they were young children. They learned from their father and took over his plot of land, cantera, in the nearby sierra’s where they excavate the rock and bring it down on donkeys. They make various forms of molcajetes, fountains, and sculptures and work as a family to complete orders and share the workload.