Gustavo Rodrigo Ramirez traces his descendants to the Nahuas people, what was the largest most dominant group of the region. They expanded their empire and built massive cities with aqueducts and milpa’s (floating farms). They are the base of legends and you’d be hard-pressed to grow up never hearing about this group. They are of course, the Aztec. The rulers of this land when the Spanish came to conquest. Gustavo learned Nahuatl from his parents, who learned it from theirs. The same way he learned to paint in such a vivid and detailed manner, a tradition passed down from generation to generation. His family hails from the state of Guerrero but he lives in San Miguel de Allende, GTO. Each skull is meticulously hand-painted by him. 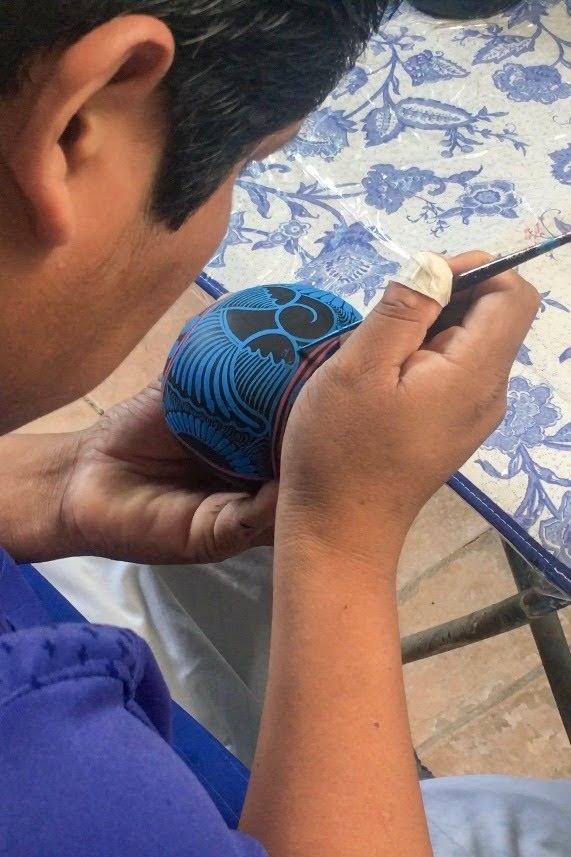