Rolando Regino Porras grew up in a family full of distinguished and recognized artisans in the community of Santa Maria Atzompa, Oaxaca. His parents Alfredo Regino & Dolores Porras developed a process of enamels and pigments minerals that gave a new life the clay art in the local town. Their process of paint and their craft was praised highly that it landed them the recognition of being in the top 100 artisans in all of México in 1984.

In the long run as a master clay artisan, Rolando has maintained a promise to his parents in the innovating and creating new paths with the objective of elaborating the materials they created. Rolando, or Maestro Porras as he is most commonly called, possess and applies techniques daily to his work that he has learned from recognized teachers and institutions working with clay. Some of the work and techniques he currently uses that he has learned are applying lead-free enamels, creating colored ceramics, experimental designs, innovations, creating ceramic with high temperatures and many more.

Rolando has studied traditional, new techniques and teachings to be able to create a specific style that differentiates his and also is showcased in premier expositions of artisanal products from Oaxaca. Some of the premier expos that Ronaldo has been showcased in have been, el Museo de Arte Popular Oaxaqueño (The Museum of Popular Oaxacan Art) in 2009, El Instituto Oaxaqueños de la Artesanías (The Oaxacan Institute of Artisans) in 2009 & 2015, El Centro de las Artes de San Agustín Etla (The Center of Arts in San Agustín Etla) in 2011, El Senado de la República (The Senate of the Republic) and in La Escuela Nacional de Cerámica de Guadalajara (The National School of Ceramics of Guadalajara), both expos being in 2016. 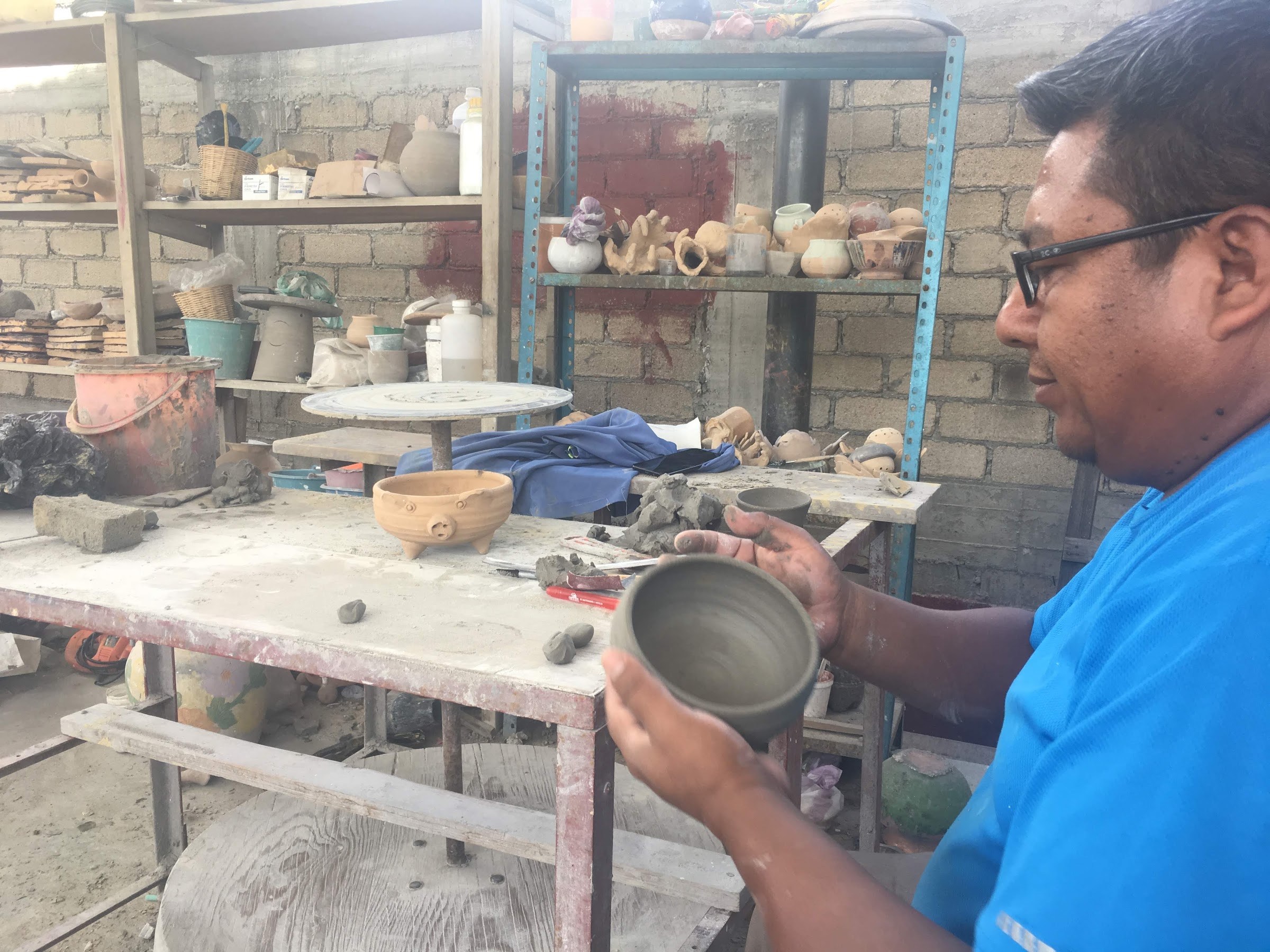 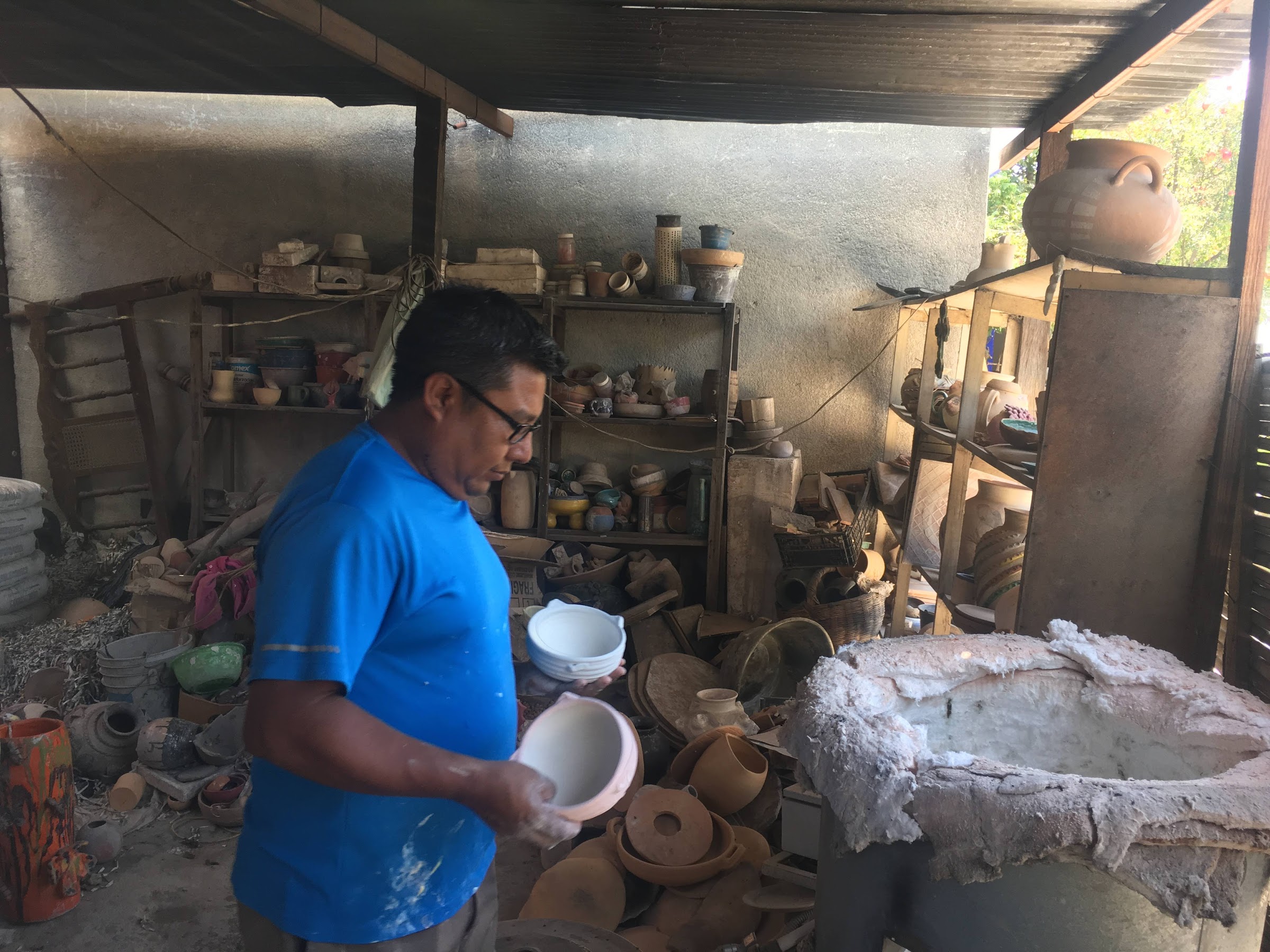 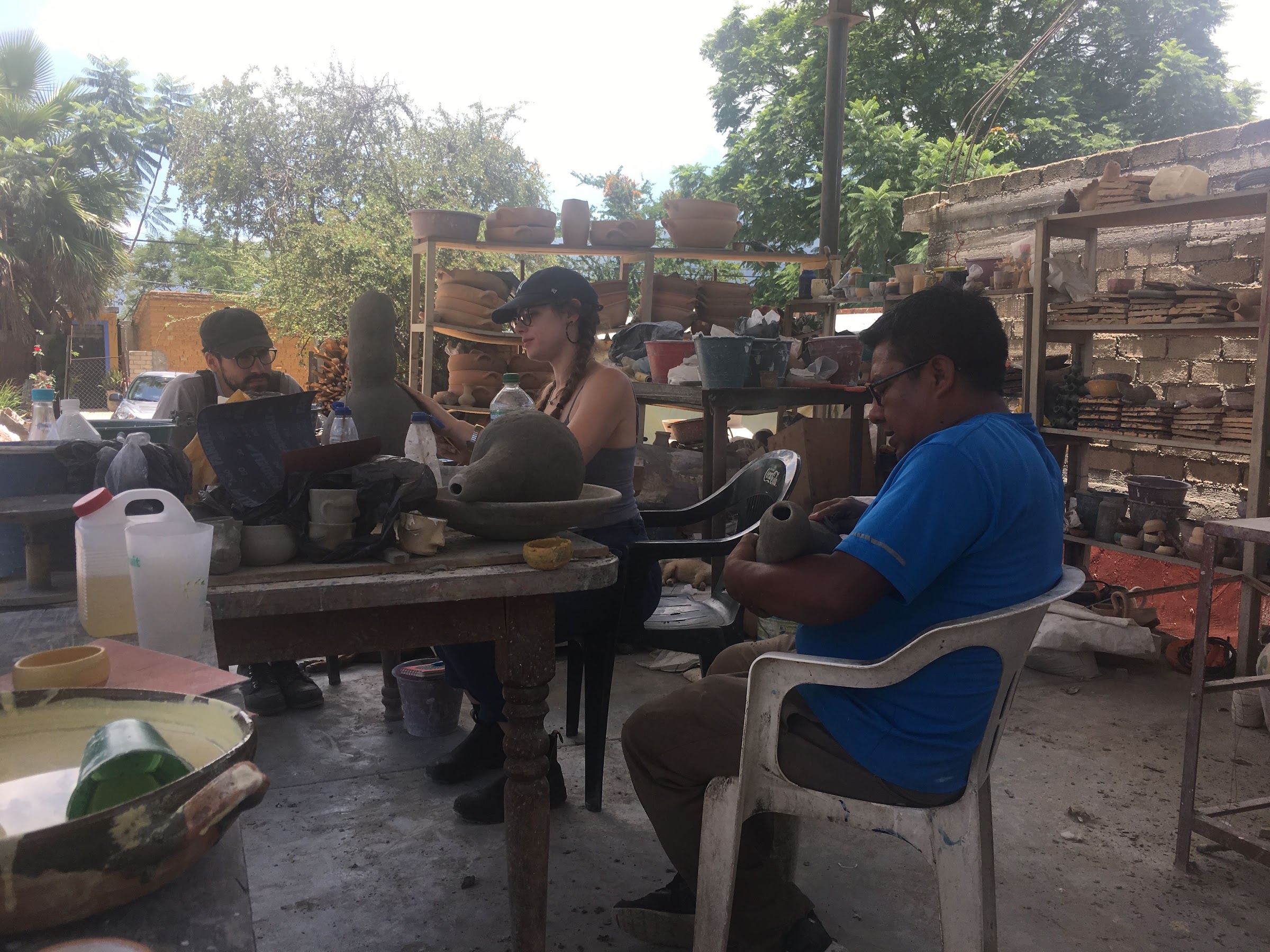 The identity of a town is strengthened with the conservation of its cultures traits, but also with the evolution and transcending of its own culture. This is the aspect where the work of Taller Dolores Porras managed by maestro Rolando is still relevant. Taller Dolores dedicates its work to promoting and transmitting the knowledge of its craft to the next generations. Rolando has made it his mission to continue the development of clay craft and ceramics that has been in his family now for over 4 generations. He has created workshops for children, adults and has also worked with La Universidad de Monterey to create coursework for students.

Creating artistic and producing daily use products for his community has been his passion. He has honored the tradition inherited by his parents and has also been able to open new opportunities of life and enjoys the people and objects created within his workshop. View a video below of the process Rolando goes through when creating a cochinito bowl.