Hand rolled, carved, and painted by 3rd generation Artesanos of Michoacan, La Catrina Box is an ode to the rich culture and history of Mexico celebrating their dead.

About The Box+ What's Inside+ About the Artisan+

La Catrina was created in 1910 by Mexican Illustrator Jose Guadalupe Posada as a series of satirical lithographs of the Mexican elite wanting to be more like Europe than like Mexico. Interestingly, the Mexican Revolution began a year later in 1911. Posada’s work clearly highlighted the working-class frustration with the ruling class.

La Catrina was brought to international notoriety when famed muralist, Diego Rivera used it in his 1947 mural, “Dream of a Sunday Afternoon in Alameda Park” featuring La Catrina holding hands with Rivera, Frida Kahlo, and many historical figures.

La Catrina has ties to the Aztec queen of the underworld, Mictecacihuatl, the original skeletal figure used in altars by indigenous people to celebrate their dead. It’s from these roots that La Catrina has become synonymous with Dia de Los Muertos, and a globally recognized figure that no altar should be without. 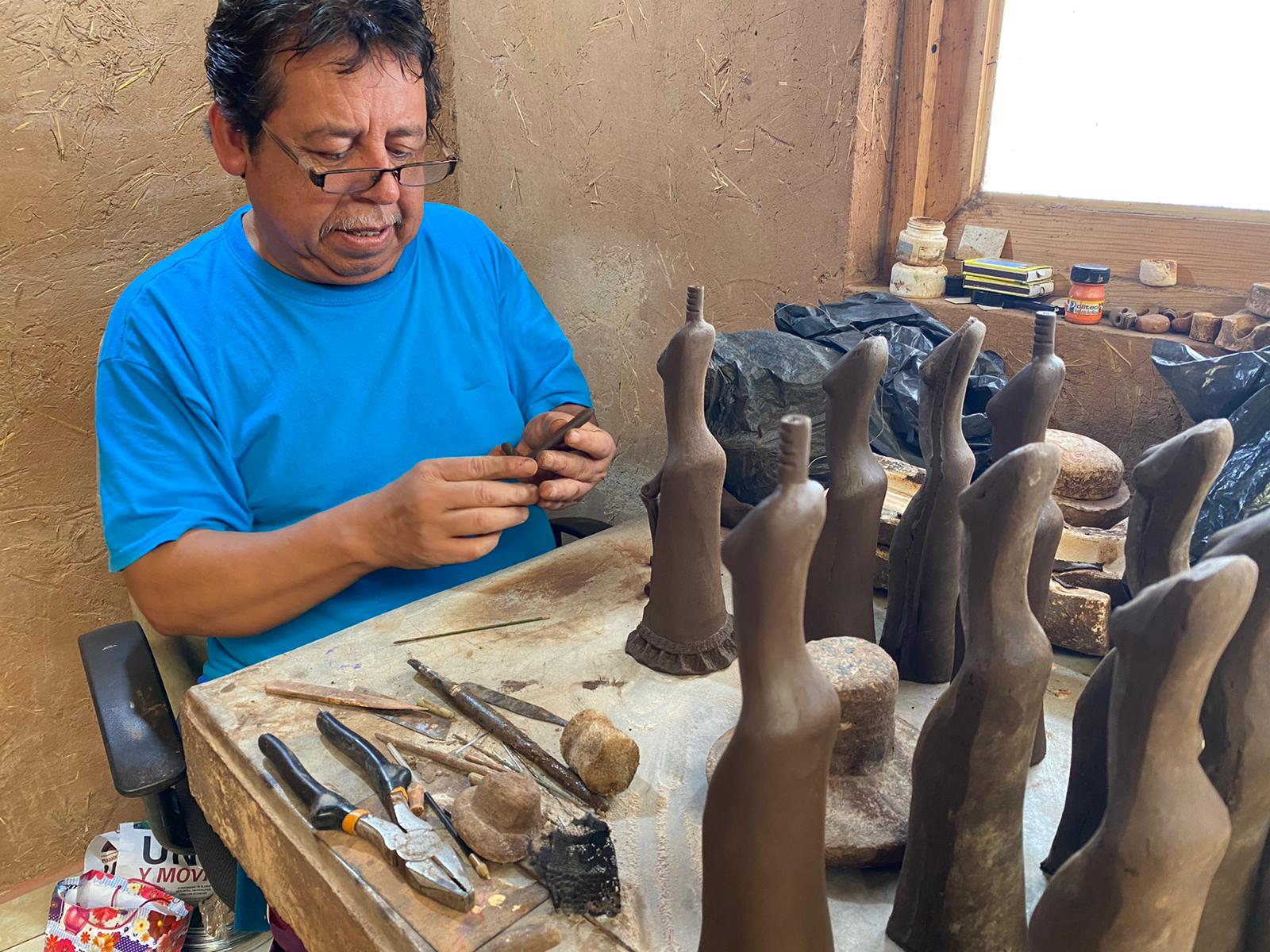 Fernando Posas Torres, a 3rd generation artisan of barro, and his wife Leonor Hernandez Cortes have been working barro their whole life. His grandparents and parents worked the traditional earthenware pots and plates, which are a staple of many Mexican restaurants around the world (the Michoacano style, the reddish hue and the yellow and green dotted flowers along the edge).

About 20 years ago, Fernando began to shift towards Catrinas and has not looked back since.  He and his family hand roll, form, and build the Catrinas, while his wife Leonor focuses on the flowers and finishing touches. Their sons and daughters oversee painting the final pieces.

YOUR PURCHASE MAKES A DIFFERENCE: