What's inside+ About the Artisan+ 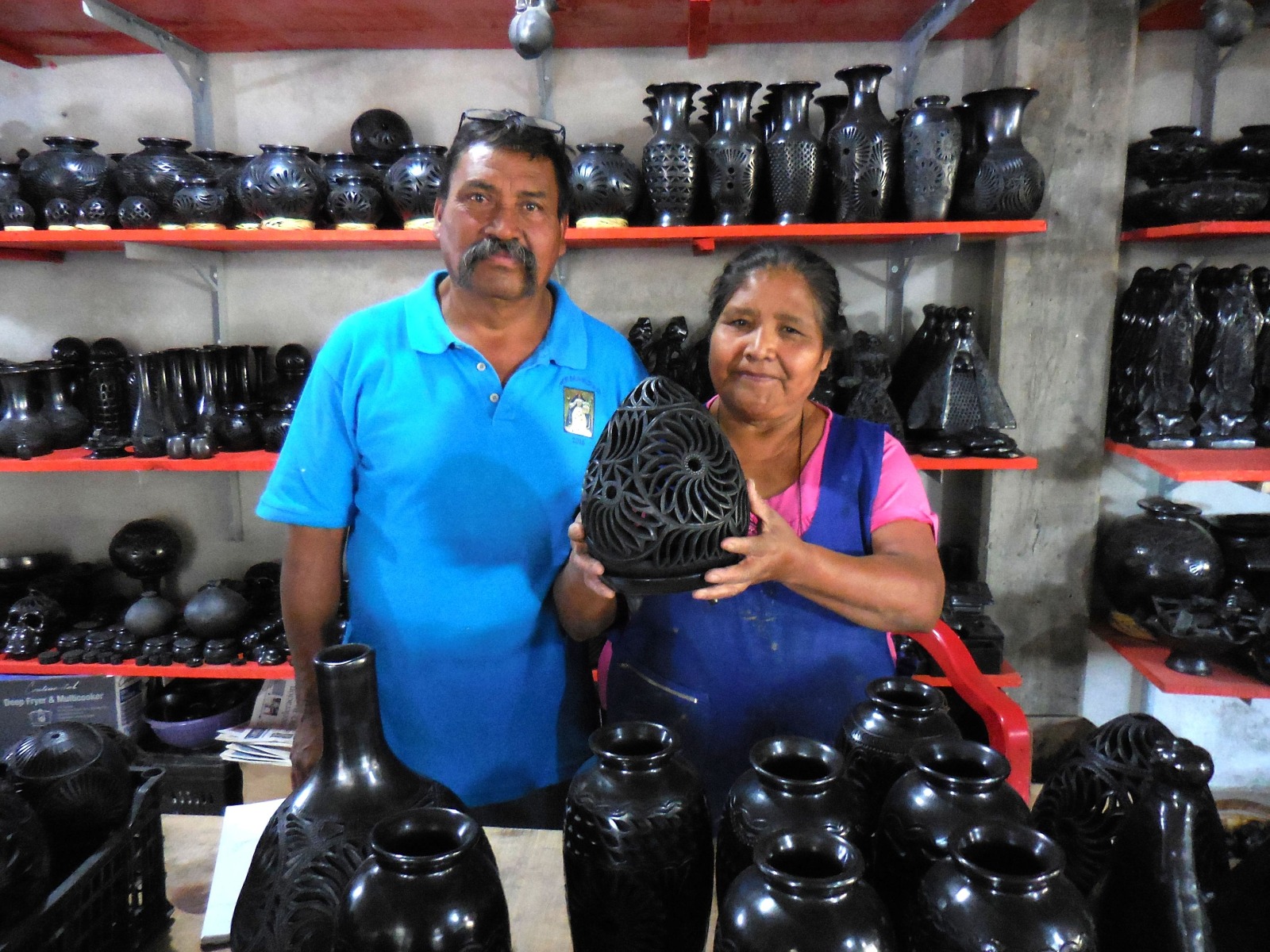 Doña Esther Real and her husband Don Emilio Ortiz have been making Barro negro for many generations and continue the tradition with their three children. Their family business supports 10 families in their community, and they have expanded over the years. Barro negro pottery (“black clay”) is a style of pottery from San Bartolo Coyotepec, Oaxaca, distinguished by its color, sheen and unique designs. The origins of Barro negro pottery extended through the Monte Albán period (500 BC), with examples of it found at archeological sites, fashioned mostly into jars and other utilitarian items. It has remained a traditional craft of the Zapotecs and Mixtecs of the Central Valleys area to the present day. Originally Barro negro pottery was matte, grayish and very sturdy. In the 1950s, it was discovered that you could change the color and shine of the pieces by polishing the clay pieces and firing them at a slightly lower temperature. Just before the formed clay piece is completely dry, it is polished with a quartz stone to compress the surface. After firing, the piece emerges a shiny black instead of a dull gray. This innovation makes the pieces more delicate, but the final piece looks amazing.

YOUR PURCHASE MAKES A DIFFERENCE: